Photo Gallery/Farewell ceremony in the Kuzmichi search camp near Stalingrad

Annual closing ceremony of farewell with soldiers and officers fallen during the fightings for Stalingrad took place on 20 August 2014 in Kuzmichi search camp, Volgograd/Stalingrad after 2-3 weeks excavation works on the battlefields of Stalingrad. During the excavation period just by only one team were found remains of 54 fallen Soviet soldiers. Only 4 of them were identified. The remains found their last grave at the memorial cemetery in Rossoshka on 23rd Aug 2014 after every year burial ceremony. 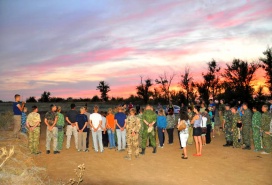 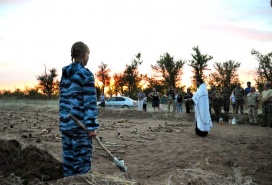 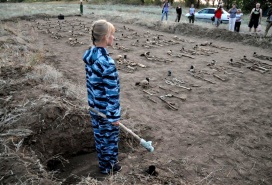 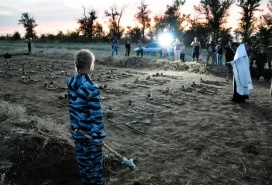 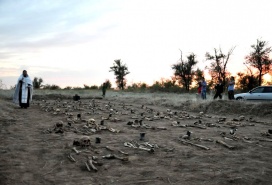 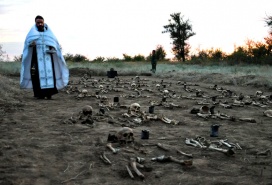 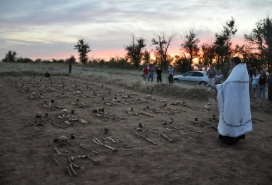 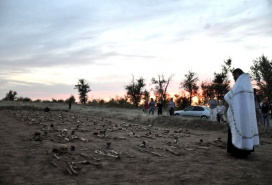 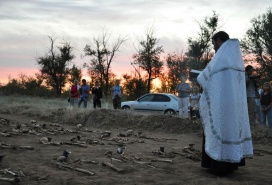