The building of Flour Mill was started in the city of Tsaritsyn in late 1899 by the family of Volga Germans Gergardt. The building is situated on the right bank of Volga river 100 meters from the water. The Mill was totally destroyed in 1942 during the Battle of Stalingrad. It was severely damaged during the barbaric air raid of August 23rd. The Flour Mill also became the shield for the soldiers of 13th Guards Rifle division who made their main crossing here were the first who landed in burning city on 13th of September 1942 under command of the legendary Alexander Rodimtsev. The building of Flour Mill after the battle was left to the next generations to remind them about the horror of war. The Mill today is included in the complex of panorama-museum The Battle of Stalingrad. It is preserved as it was at the end of the fighting and access inside is restricted due to safety concerns.One can still see the multitude of damage from the fighting not only outside and inside too.Have a look and you will see very clear damage of artillery and mortar shellings, damage form heavy bombs dropped during the air-raids of the Luftwaffe, bullet hole, and so on. During the battle,  the building of Stalingrad Flour Mill remained under the control of Soviet despite the fact that it was at the end of the fighting in 50 meters of the forward line of defense of Stalingrad Front. The famous Pavlov's House was located just 50 meters in front of the mill, holding the defensive positions and rejecting waves of German attacks. The Building of Flour Mill was the observation point of o13th Guards Rifle Div which is why it was so heavily  targeted and the object of constant fire for German artillery. In February 2017 we were honored to visit Stalingrad Ruined Flour Mill and to see it from inside. We are happy to share our experience and hope you enjoy viewing the pictures. 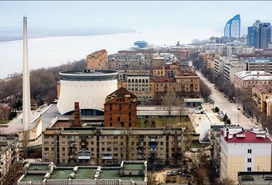 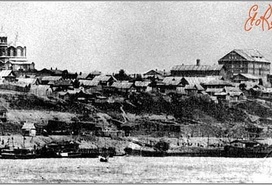 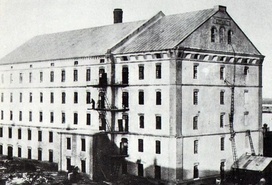 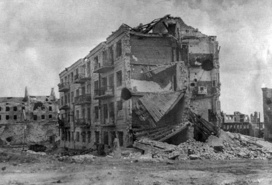 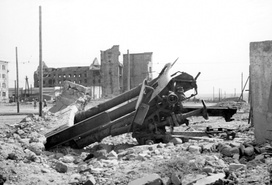 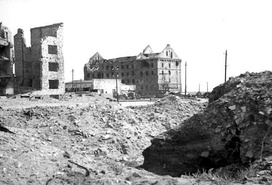 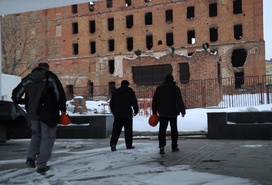 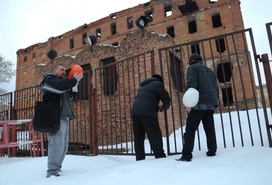 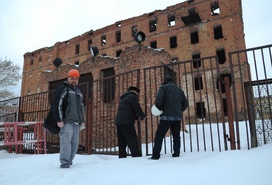